Summertime - Summertime! Can you dig it!

Market is now closed for the weekend with Spot Brent closing at or around 42 dollars/barrel.

The current net theta position has turned negative (= 0.41).  In other words, the position is now incurring “daily rent”. Additionally, the decay in the 30 Put will begin to slow down as it gets closer to expiry and remains a very low delta option (i.e. its usefulness is no longer).

The main reason for this is simply that brent has been remaining above 40 on a consistent weekly close basis since the beginning of june.  This resulted in the September 30 Put going down to 7 delta (further out-of-the-money) and the December 55 Call moving closer to at-the-money (currently 35 delta). I take this to mean a signal to “roll-over the position” has arrived.  In other words, I would unwind this position here and use the proceeds to finance the roll over position. 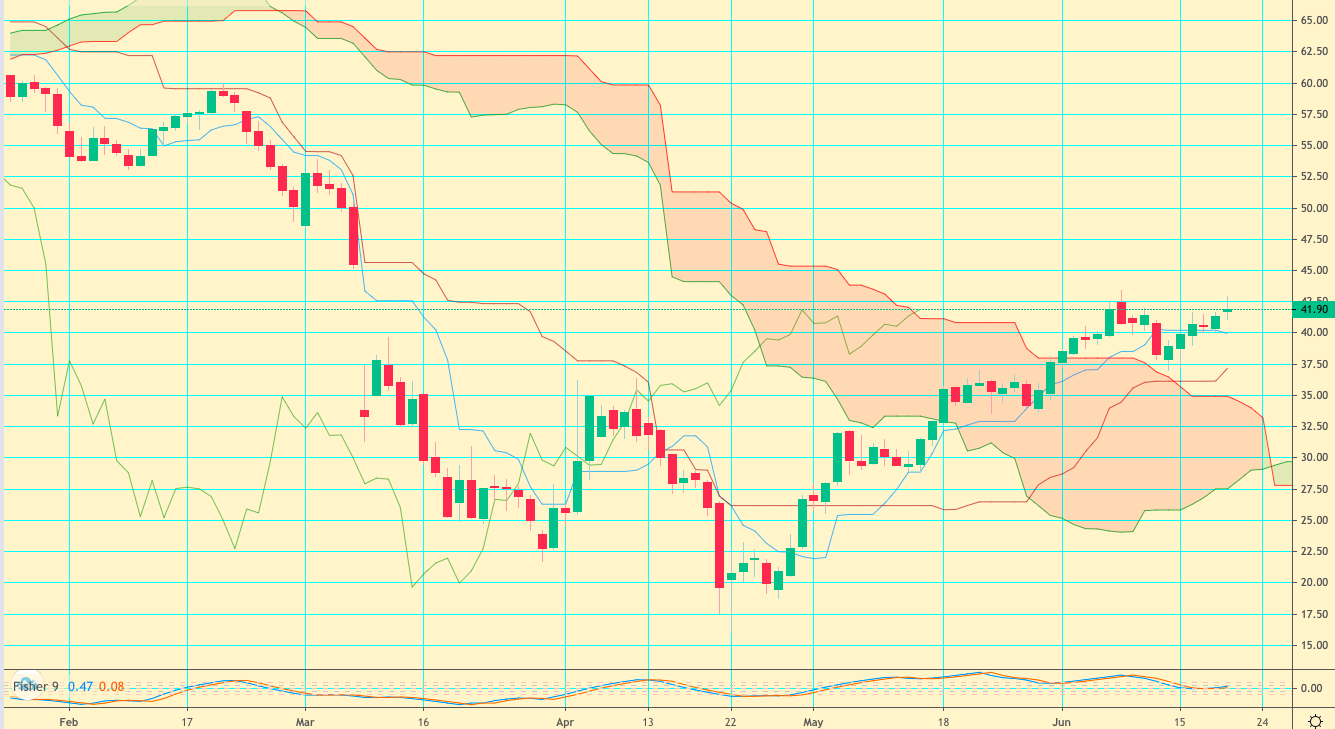